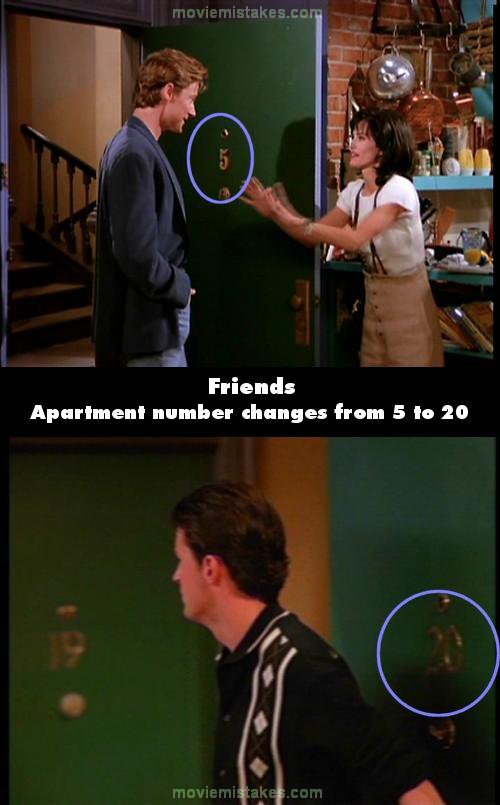 Continuity mistake: The number of the flats near the start of the first series was 4 and 5. After a few shows they changed to 19 and 20. [The producers realised that the numbers 4 and 5 were for apartments on the lower floors and had shown Monica's apartment to be much higher up so they changed the numbers - it's still a mistake but there's the reason.]

174
All the pictures for Friends