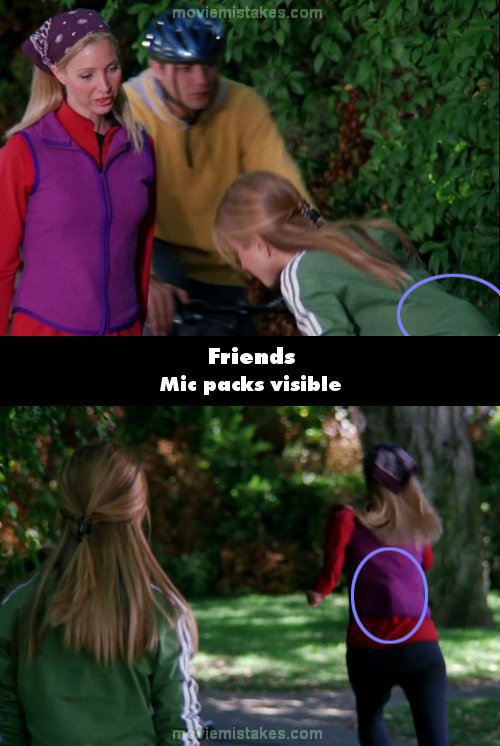 Visible crew/equipment: When Phoebe bends over to tie her shoelace before the first run, and later when she surprises Rachel at the park while running, the mic pack bulge under Phoebe's top can be seen on her back, and when Rachel bends over there's a bulge at her back as well. It's also a bit noticeable the third time they run.

12
All the pictures for Friends