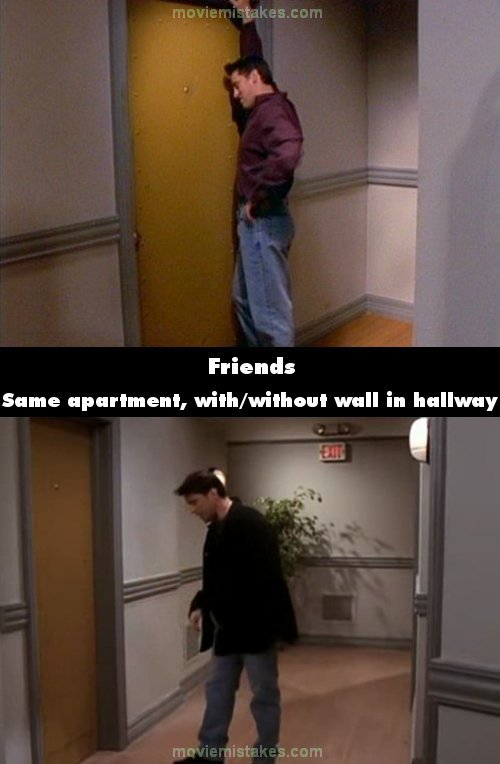 Continuity mistake: Ross always had an end apartment. At some point in Season 8, his apartment became a middle apartment. In earlier season, when Joey had mistaken Ross' for the hot girl's apartment, it showed the apt as an end apt. In TOW Joey tells Rachel, when Joey asked Rachel to have dinner at Ross' apt, it showed another hallway where Joey came from which is supposed to be the wall/ Ross' kitchen.