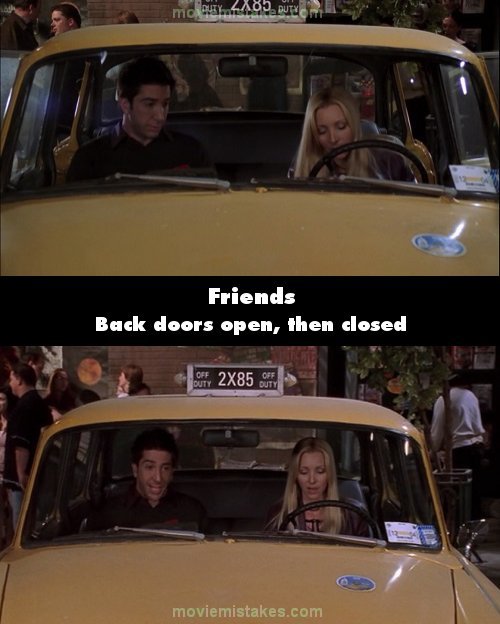 Continuity mistake: After Ross decides to go after Rachel, in the overhead shot all four of the cab's doors are closed, but when it cuts to Ross and Phoebe getting in and shutting their front doors suddenly both back passenger doors are inexplicably wide open, then when Ross shouts about missing seatbelts both back doors are closed again. Then when the guy gets into the back seat he shuts his door, but when he asks for the medallion number both back doors are open, and then they're closed again.

2
All the pictures for Friends