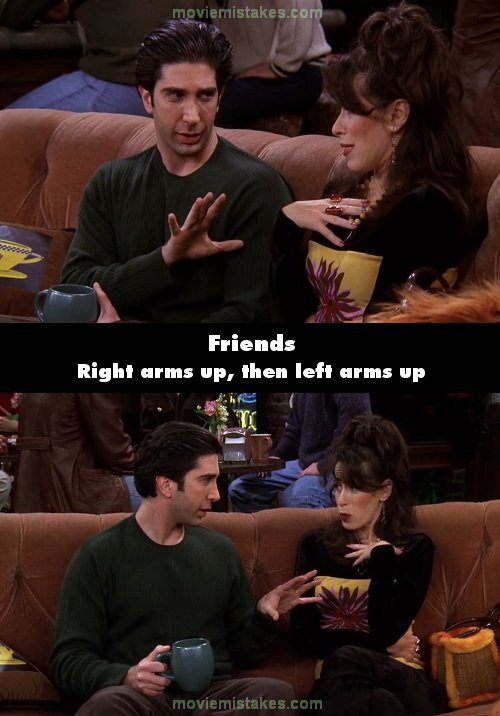 Continuity mistake: During Ross and Janice's conversation in Central Perk, when Ross comments, "You're ending this with me because I'm too whiny?" both his and Janice's left arms are up, but it cuts to the next shot and it's their right arms which are up, then it happens again when Ross says, "I've become so whiny that I annoy you?! Janice!" they both have their right arms up, but next shot it's their left arms up.