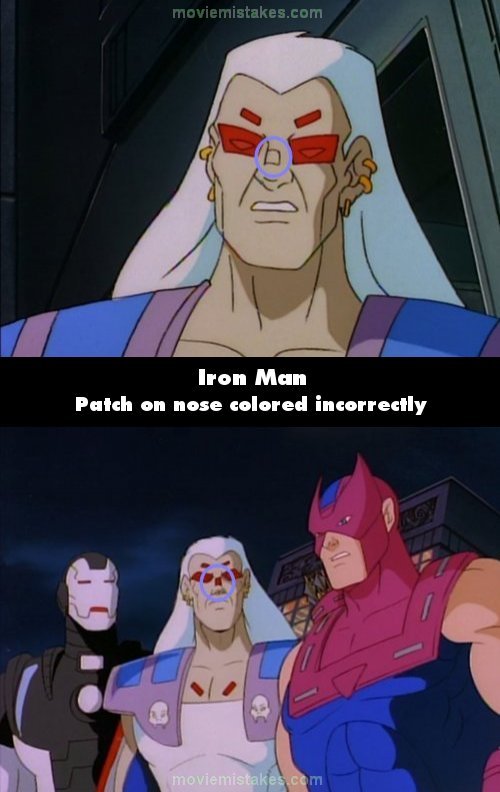 Continuity mistake: When War Machine, Century and Hawkeye are standing at the ledge of the building, the square patch on Century's nose is colored red, when it has previously been shown to be the same color as his skin. (00:09:25)