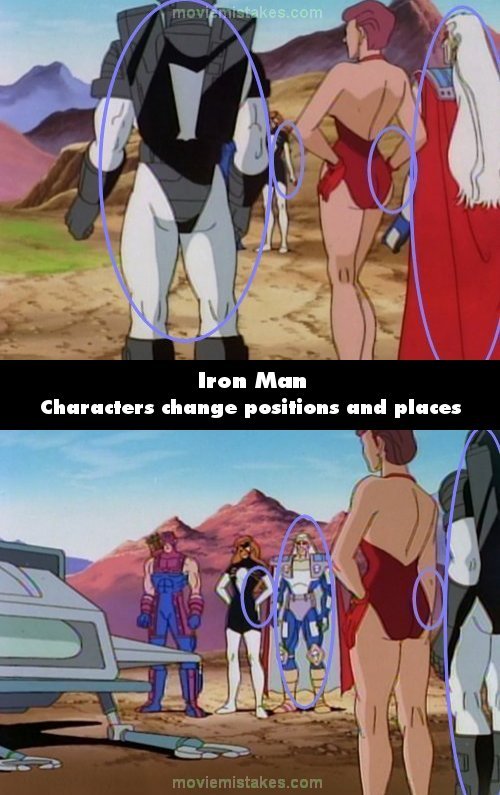 Continuity mistake: When Force Works regroups around IRVING to try to locate Tony Stark, Wanda is standing to the left of Century with both hands on her hips, and War Machine lands on her left. When the shot changes, she now only has her left hand on her hip while her right arm is straight down at her side, and she is now suddenly on War Machine's left. Additionally, Century has now moved several feet away and is standing next to Spider-Woman. (00:12:52)