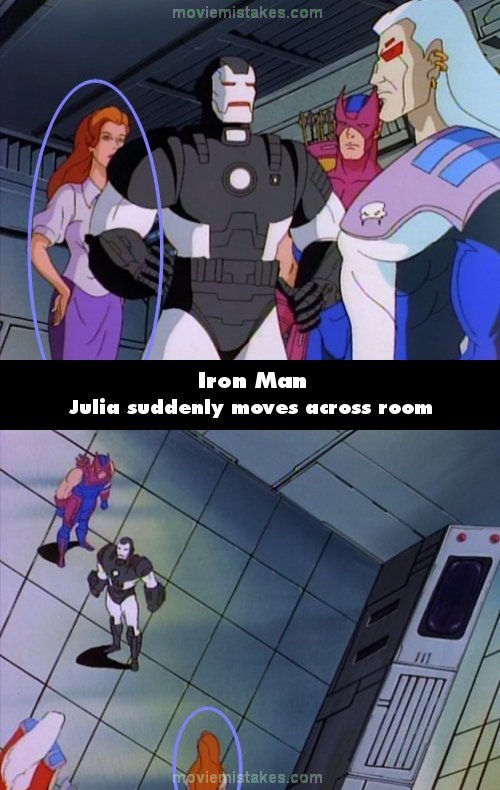 Continuity mistake: When War Machine is telling everyone that they're going to have to find Tony the old fashioned way, Hawkeye and Julia are standing behind him. A couple of shots later, Hawkeye is still behind him, but now Julia is standing on the opposite side of him. (00:03:56)