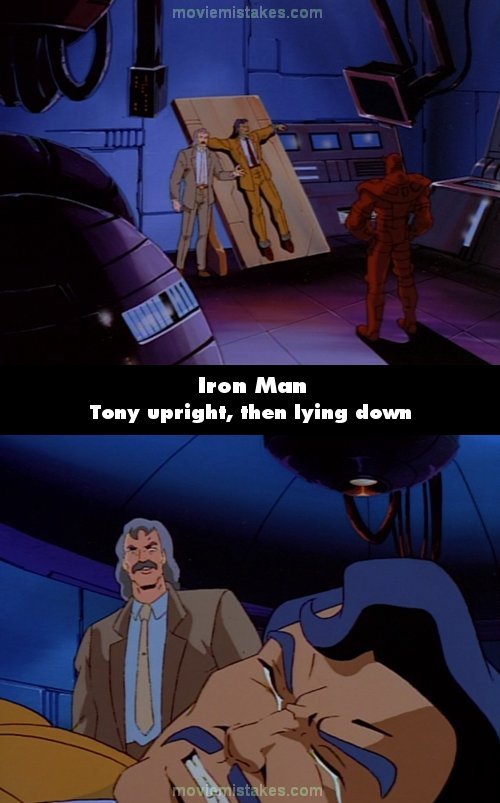 Continuity mistake: When Tony first wakes up after being knocked out by Crimson Dynamo, you can tell by the angle of the light on the ceiling and Crimson Dynamo and the clone of his father leaning over him that he is lying down. When the shot changes, he is shackled in an upright position. A couple of shots later, he is lying down again. (00:18:09)