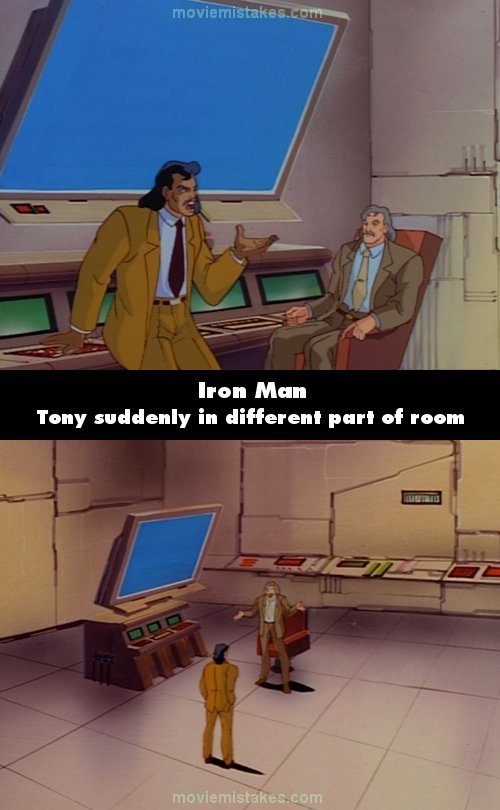 Continuity mistake: When Tony is asking his father if he remembers anything about Nick Fury, he leans up against a control panel, there is a large monitor behind him, and he is standing with his left profile to his father. When the shot changes, it is now a bare wall behind Tony, and he is directly facing his father. A couple of shots later, Tony is suddenly standing several feet away from his father, nowhere near the control panel. (00:10:41)