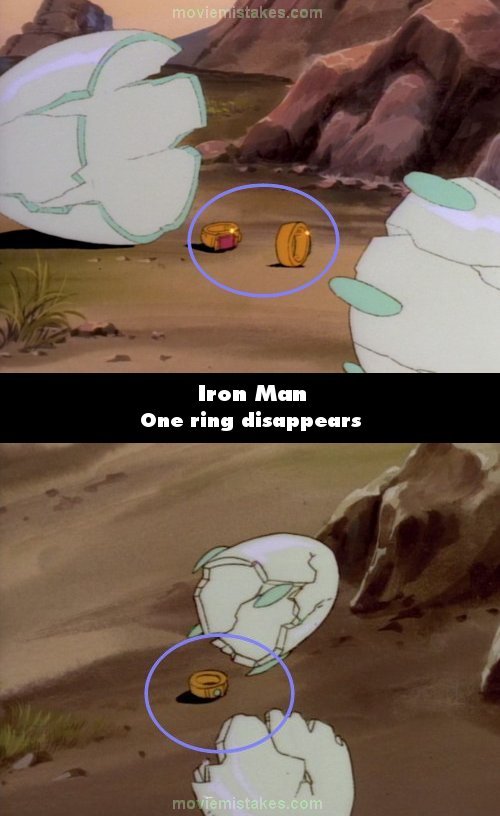 Continuity mistake: When the Leader comes to, he looks over at the broken case that contained two of the Mandarin's rings, and sees only one, which Hulk picks up and then inadvertently teleports himself and Iron Man to another time with. When Rhodey tells Leader to bring them back, he says he can't do so without the other ring, only for Rhodey to bend down and pick up the second ring from the same spot the first ring was, even though it was shown to be missing moments earlier. (00:07:39 - 00:08:33)