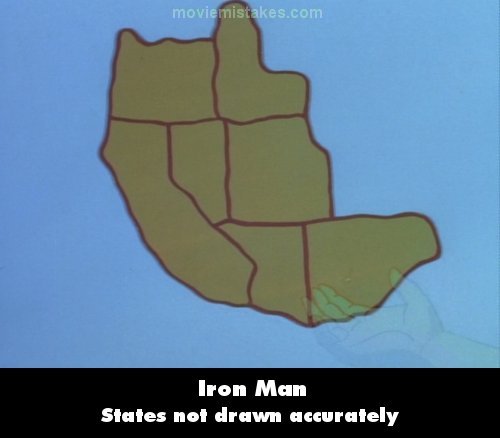 Other mistake: When H.O.M.E.R. is bringing up the map to show where MODOK's likely location is, the states are so crudely drawn that they shouldn't be considered to be a legitimate map. The four corners of Utah, Colorado, New Mexico and Arizona don't line up, Utah is almost entirely square-shaped, Nevada looks like it has been smashed between California and Utah, and the eastern part of New Mexico has been elongated. (00:08:52)