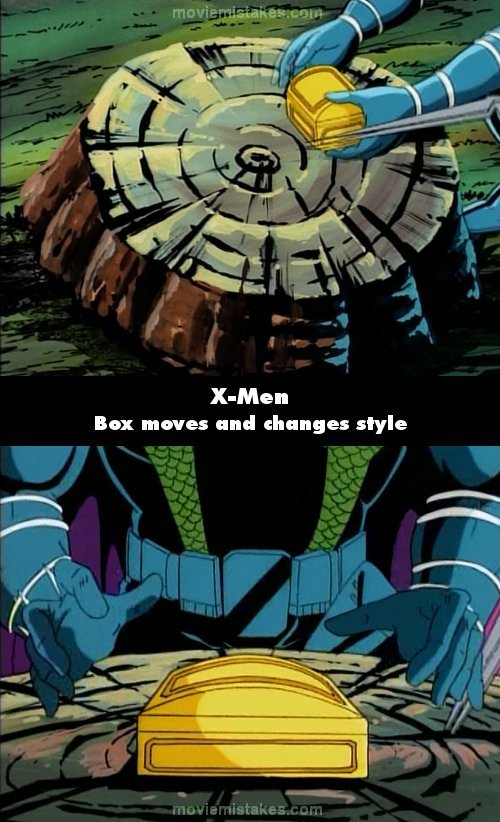 Continuity mistake: During Gambit's flashback, the chosen one for the Assassin's Guild is shown to be placing their tithe box on the stump of a tree roughly halfway between the center ring and the outer edge. When the shot changes, the tithe box has suddenly moved to the center of the stump, and the tithe box itself is suddenly wider and shorter and has rotated 90°. (00:05:00)