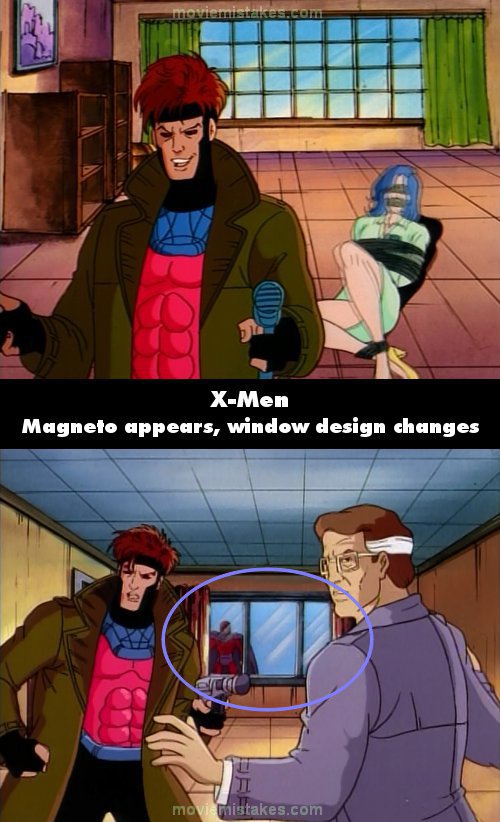 Continuity mistake: Magneto reveals to Senator Kelly that he went to Washington, DC to personally witness his assassination. The flashback to the previous episode reveals that Magneto was watching Mystique (masquerading as Gambit) attempt to assassinate Kelly and the real Gambit's intervention through a window. Magneto can be seen as plain as day watching in the window in the flashback, yet in the actual episode, Magneto is never there. The design of the window is also different, as well as the color of the curtains. The room itself also appears to be smaller in the flashback.