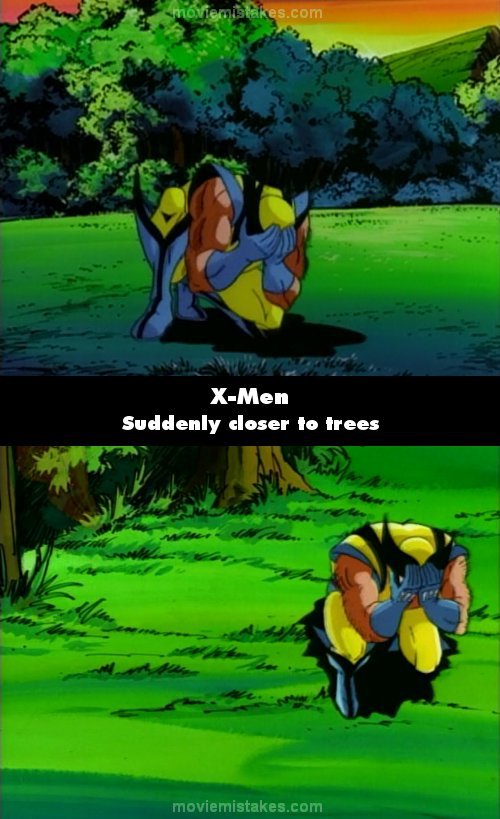 Continuity mistake: At the very end of the previous episode after Proteus had messed with Wolverine's sense of reality, Wolverine is shown whimpering in an open area. When Wolverine is shown at the beginning of this episode still whimpering, he has suddenly moved next to a treeline. Given the state of shock he was in, it's doubtful he would have gotten up and moved. (00:02:00)