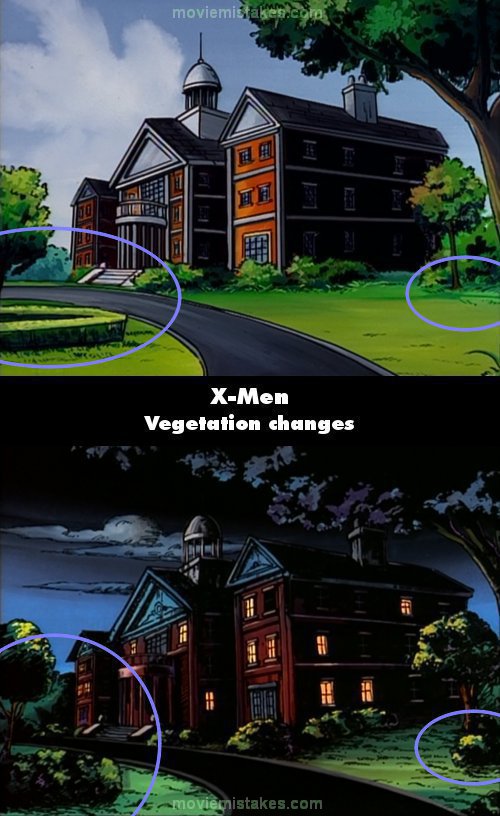 Continuity mistake: When the X-mansion is shown at the end of the episode, the landscaping around it is different than what was shown early in the episode. When the mansion was first shown, there is a shrub in the shape of a circle on the lawn across from the mansion, but at the end of the episode, the circle-shaped shrub has turned into some bushes. The bushes and trees around the mansion are also different looking and at the far side of the mansion the shrubs have grown taller. Additionally, when Wolverine is walking away from the mansion at the end, a hedge-wall has appeared next to the mansion. It's actually common for the landscaping outside the mansion to vary drastically from episode to episode. This is the first time I noticed it changing within the same episode. (00:04:25 - 00:19:25)