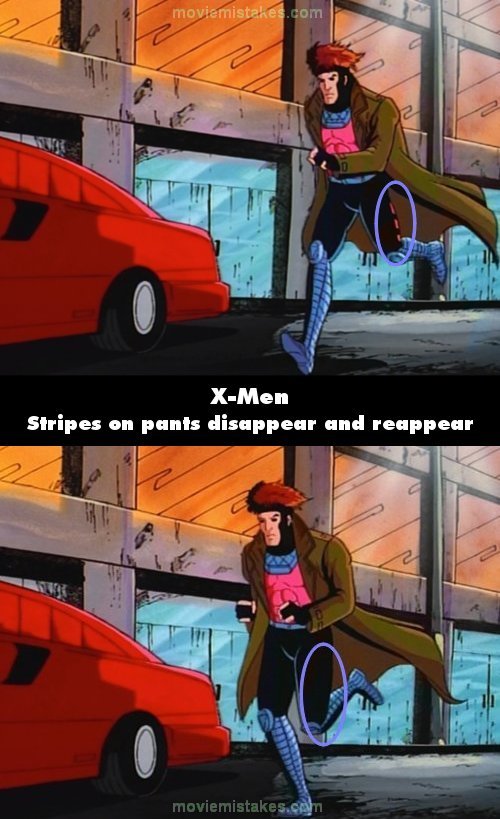 Continuity mistake: During the fight in the streets against the Friends of Humanity, the pink stripes on Gambit's pants are missing until the last shot of the scene when he, Beast and Wolverine are fleeing, and even then, they disappear and reappear as he is running. (00:11:20 - 00:12:48)