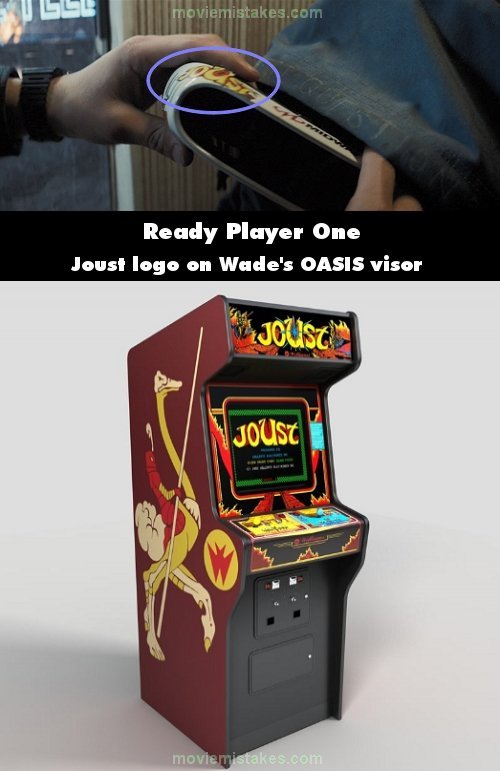 Trivia: After Wade's punched by his Aunt's boyfriend, he's lying on his makeshift bed on top of the washing machine as he's thinking about what Art3mis had said to him about Halliday making rules. He leans forward and pulls his OASIS visor out of his backpack, and on it is the logo for the classic arcade game Joust. In the book of Ready Player One, the first challenge wasn't a race like in the movie, but rather having to beat a certain DnD character in a game of Joust to get the copper key. Wade was the first to be able to do so. (00:22:35)