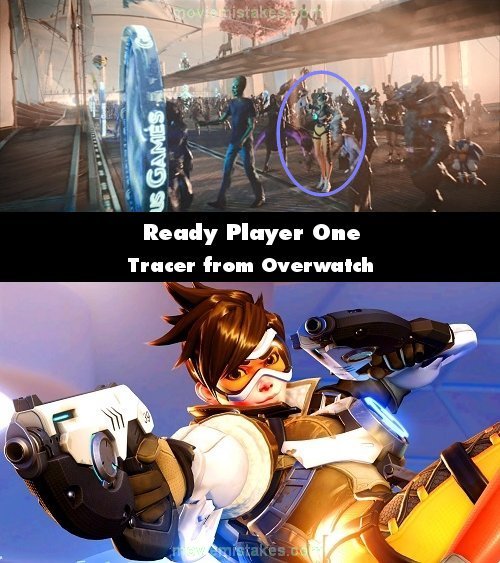 Trivia: After Wade introduces the audience to his OASIS avatar, it shows a line of people heading to a smaller portal. Tracer from the game Overwatch, and arguably the face of Overwatch, zooms up to the portal and strikes a pose before she zooms into it with her time powers. Tracer is also seen at the dance club once Parzival changes the song to a disco number, and again is seen during the final battle. (00:04:55)