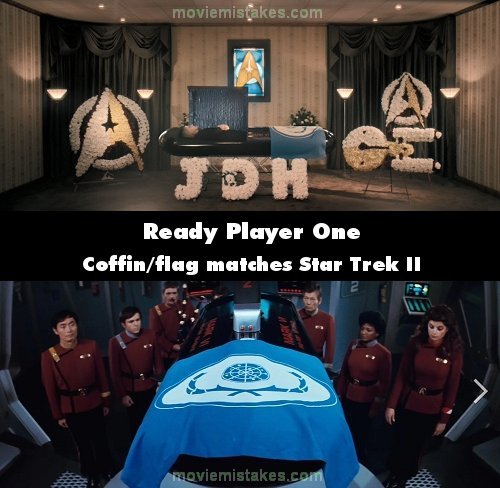 Trivia: In the video that Halliday left behind after his death, you see floral arrangements around his coffin that are in the shape of the Star Trek's Federation symbol and one of the Enterprise. But the really cool thing is his coffin is actually a photon torpedo, exactly like Spock was put in after his death at the end of Star Trek II: The Wrath of Khan. Complete with the blue Federation flag draped over the end of it. (00:08:05)