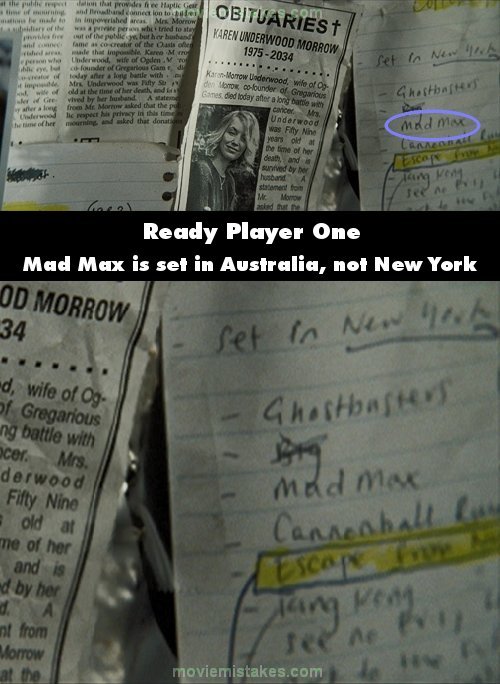 Character mistake: After Wade is going over the second clue in his mind and trying to figure out what part of Halliday's past is he trying to escape from, he looks over the wall of article clippings and notes he has hung up. When the camera stops on Karen Underwood's obituary, there is a hand written note beside it listing movies set in New York, with the sentence "Set in New York" underlined. This apparently him looking for clues in films set there for the race challenge that is in Manhattan. However, one of the films he has written on that list is Mad Max, which takes place in Australia, not New York. (00:35:00)