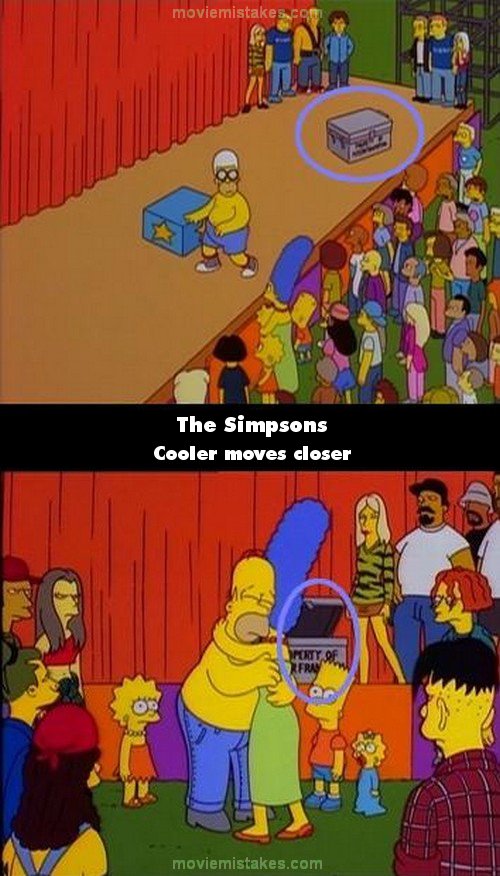 Continuity mistake: After Homer dodges the cannonball near the end of the episode, the blue platform that he stood on goes further away from the edge of the stage between shots, and when Homer hugs Marge the platform has disappeared and Peter Frampton's cooler has become closer to Homer.

All the pictures for The Simpsons