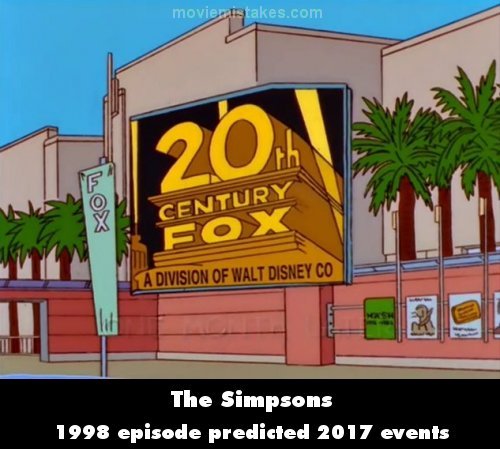 Trivia: Another thing "The Simpsons" predicted: Towards the end of this episode, a sign outside of a film studio shows the 20th Century Fox logo with "A Division of Walt Disney Co" written under it. Nineteen years after this episode aired, Disney purchased many assets from 20th/21st Century Fox, including "The Simpsons."

All the pictures for The Simpsons