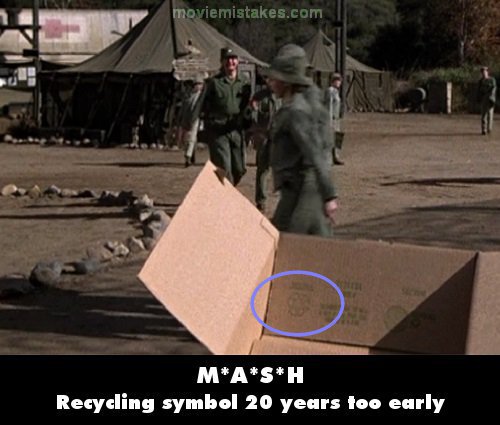 Factual error: When Klinger's walking with Captain Allen and the Stars and Stripes photographer, just before their introductions to "Ben" they pass an empty corrugated box with its flap open, and the recycling symbol can be seen on the flap. Recycling symbols were not in use until about 20 years later.

All the pictures for M*A*S*H