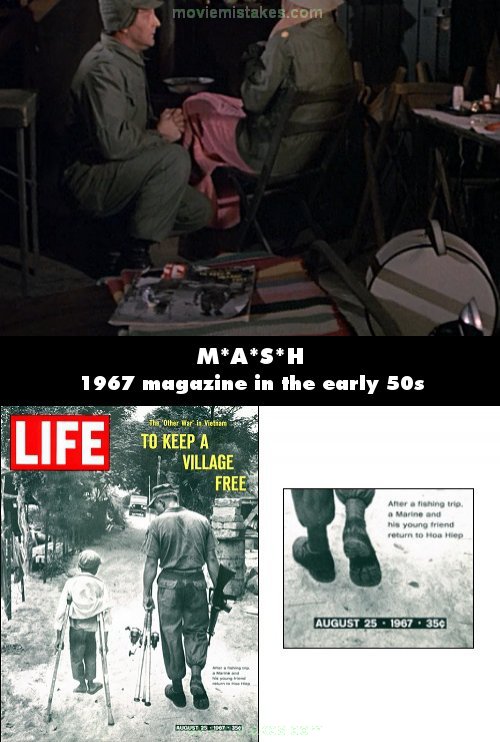 Other mistake: When Frank's with Margaret in her tent and she tells him that she thinks they should reevaluate their friendship, there's a Life Magazine lying on her bed which is dated over 15 years in the future - August 25, 1967, with "The other war in Vietnam" written on its cover.

All the pictures for M*A*S*H