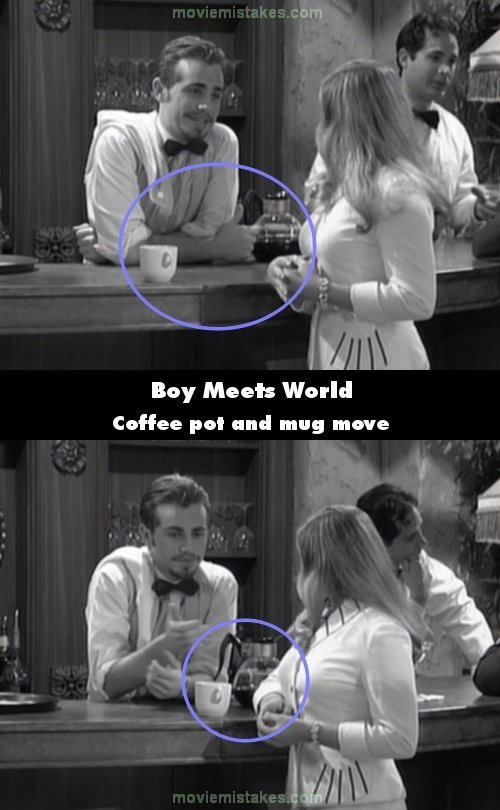 Continuity mistake: When the noir version of Shawn is asking Topanga what she's running from, the pot of coffee is next to his left arm near the edge of his side of the bar, and the coffee mug is slightly to the left of the crease in the bartop. When the shot changes after she asks him what he means, the mug is now directly over the crease, and the pot is in the center of the bar between the two of them. (00:06:53)

All the pictures for Boy Meets World