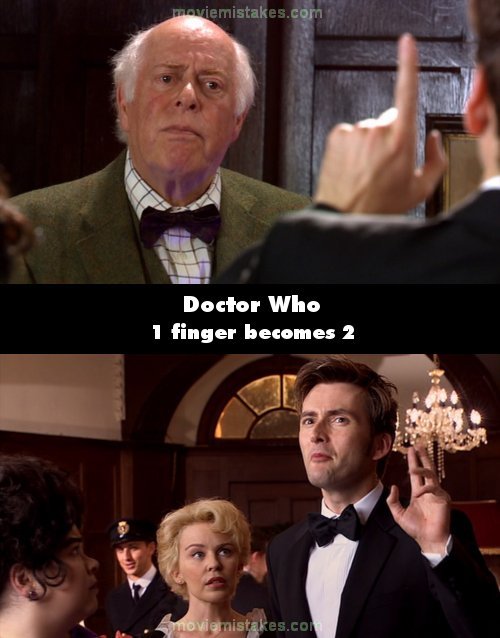 Continuity mistake: When the Doctor interrupts Mr. Copper's incredibly inaccurate description of Earth society to ask him where he got his information from, in a shot facing Mr. Copper, the Doctor's raised hand has only one finger extended. In the next shot, facing the Doctor, he has two fingers extended, with the other two only loosely curled. Shortly after this, the Doctor scratches his temple with that same hand, only for it to be absent in the next shot facing Mr. Copper. (00:11:40)