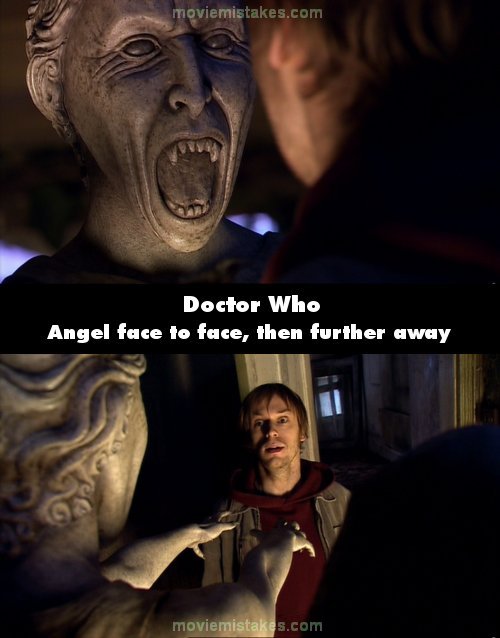 Continuity mistake: When Lawrence is watching the Weeping Angel, just after seeing the Doctor's film/Easter egg, he turns away for a split second. By the time he turns back, you see the Weeping Angel's face only inches from Lawrence's face. But you then cut to a wide shot where you see the Angel's arms outstretched, so its face is about half a metre away from Lawrence's face. (00:34:45)