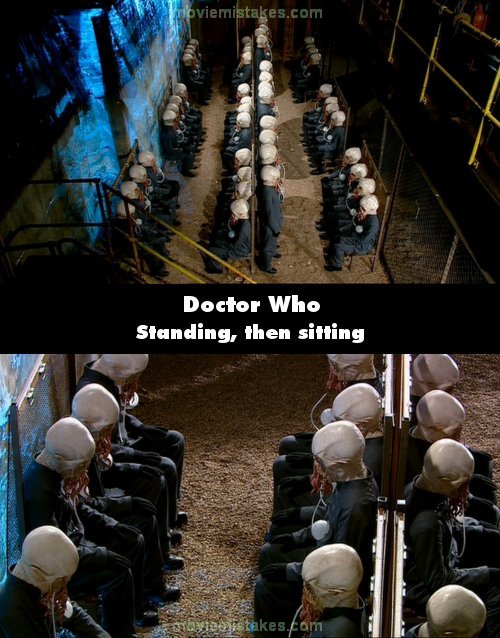 Continuity mistake: In shots of the base's Ood habitation area from above, the Ood are shown in four rows from left to right, with the Ood in the third row standing with their backs against the room's middle partition and the other rows sitting on benches. However, in a shot from inside the lower area when the Doctor and Rose first go to Ood habitation, the third row is shown sitting as well. Not until later in the episode, when Danny is ordering the Ood to remain in the room, is the third row shown standing again. (00:25:15)