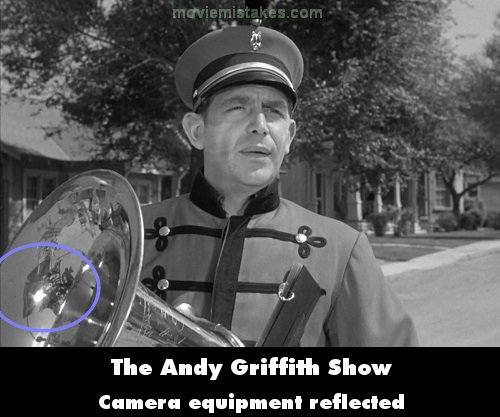 Visible crew/equipment: While the fake band members begin to practice before the mayor shows up, in Andy's closeup right before he tries to stop Phil's flamboyant playing, the reflection of filming equipment is visible on the surface of Andy's tuba.

All the pictures for The Andy Griffith Show