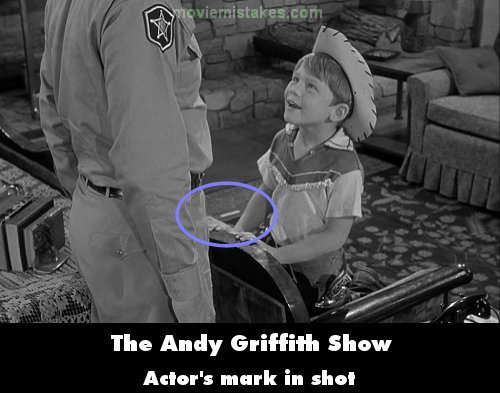 Visible crew/equipment: After Andy talks to George's father on the phone, he gets up and stands near the fireplace while explaining to Opie why he broke his promise and called George's father, and when Opie's on the couch asking if he can run off sometime, we can see the white tape mark on the rug where Andy was standing moments ago.

All the pictures for The Andy Griffith Show