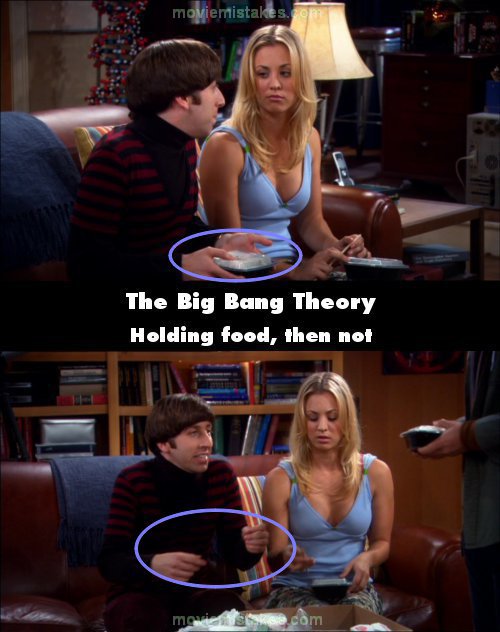 Continuity mistake: In the opening scene, just after Howard says, 'Creepy good or creepy bad?', there is a shot where Howard is holding his food, even though Leonard hasn't given it to him yet and it isn't there in the shot before or after. After Leonard gives the food to Howard, the exact same shot is used after he says, 'I'm not necessarily talking about the food', so the shot was taken from there and it is shown twice. (00:00:25)

All the pictures for The Big Bang Theory