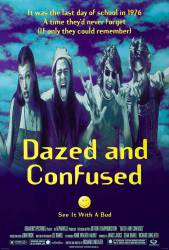 Factual error: During one of the scenes, you see a guy on a motorcycle wearing a Misfits jacket. The movie takes place in '76, but the Misfits didn't form until '77. 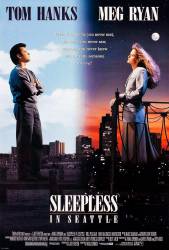 Revealing mistake: In the final scene when Annie and Sam are exiting the observation deck coming towards the elevators, the New York skyline backdrop which should be visible behind them is missing, and the entire sound stage wall can be seen beyond the observation deck safety railings instead. 'Although the exterior and lobby of the Empire State Building, 350 Fifth Avenue at 34th Street, are the real thing, a slightly larger replica of the Observation Deck was built in a hangar at Sand Point Naval Base on Puget Sound just northeast of - where else? - Seattle.' https://www.movie-locations.com/movies/s/Sleepless-In-Seattle.php. (01:39:35) 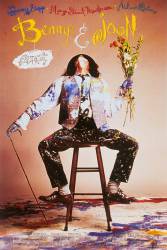 Continuity mistake: When Sam is making grilled cheese sandwiches with the ironing board and iron, he finishes one sandwich and places it on top of another on the side table. After Joon's explanation of cheese and culture the camera cuts back to Sam placing another finished sandwich on the side table on the same place that he placed the first but there is only one sandwich there where there should be two. 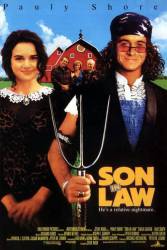 Revealing mistake: Doesn't it seem odd to anyone that the crops hadn't been reaped by Thanksgiving in South Dakota? 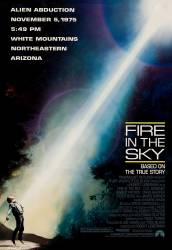 More Fire in the Sky mistakes 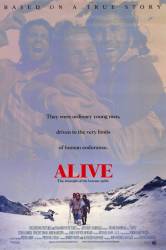 Continuity mistake: After 70 days in the Andes, Nando has not grown a beard. Two days later, when they come with the choppers, he's managed to grow quite a nice one.

Suggested correction: It's possible that Nando continued shaving (offscreen) while they were living at the plane, but gave it up (or left his razor behind) during the trek out of the mountains. In real life, some of the survivors did shave while in the mountains. 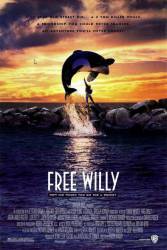 Continuity mistake: When Jesse jumps into the pool to ride on Willy's back for the first time he is fully submerged. However, while riding the whale, his hair is dry. 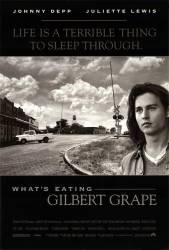 Continuity mistake: In the scene where Gilbert and his buddy's are eating in the cafe. The first time you see the undertakers bowl of cereal, it keeps changing from full to empty several times. 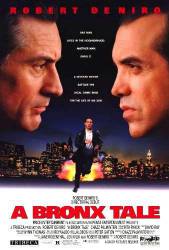 Continuity mistake: When Jane and Calogero first meet in front of the school, a couple walk down the stairs and in the next shot the same couple are back on top of the stairs. 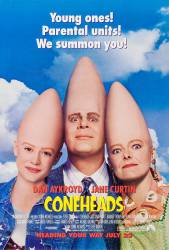 Continuity mistake: In the scene where Beldar has finished giving Gladys a driving lesson and they are sitting in the car, you can see that he has nothing on his lips. After Gladys kisses Beldar, you can see red lipstick. As the shots go from Beldar to Gladys and back, you can see the lipstick disappear and re-appear.

Revealing mistake: Near the beginning of the film, an axe is thrown at a priest. The axe should rotate as it travels, because the head is heavier than the handle. But it hangs upright as if drawn by a wire. 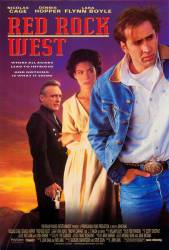 Factual error: During one scene, Michael Williams is seen putting gasoline in a jeep at an ARCO station. There are no ARCO stations in the state of Wyoming. 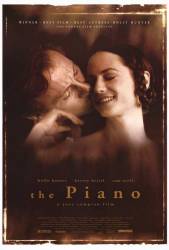 Continuity mistake: During one of the piano lessons, Baines tries to force Ada to lie on the bed next to him. When she tries to leave, he holds her back, pulls her blouse down about the shoulders, and it tears in the back. When she gets up later, the blouse is whole again. (00:52:05) 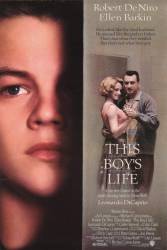 Continuity mistake: Dwight is showing Toby a Boy's Life magazine. As the camera angle changes he goes from holding it with the back of his hand facing Toby to facing away and back again. (00:45:50) 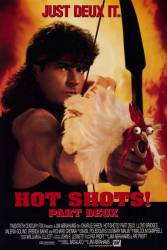 Revealing mistake: When Michelle is binding Topper's hands to the bed you can see the cloth hiding her breasts. (00:30:30) 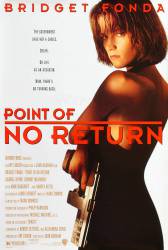 Continuity mistake: In the scene where Maggie goes to the restaurant with Bob, he offers her the case where the weapon is. Bob says, 'It's loaded'. Close inspection shows the clip chamber is empty (not loaded), and a cartridge clip is positioned beside the weapon in its tailored slot in the custom case. Maggie closes the case and says, 'I don't understand.' After Bob explains what she is to do, then leaves, Maggie opens the case again and suddenly there's a clip in the weapon (loaded) and another one beside it. The weapon was not loaded when she looked the first time.

Continuity mistake: Bernie gets shot underwater with the spear and can't let go of the chest. But when they take the vest off Larry to float Bernie up to the surface, Bernie takes his hand off of the handle to get the vest on. 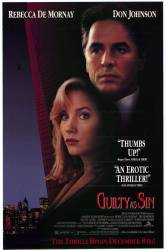 Continuity mistake: You can clearly see the blood packet underneath his head right before he hits the ground. 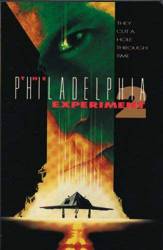 Plot hole: A nuclear armed stealth fighter is accidentally sent back in time to 1940's Nazi Germany. After the Nazis capture it, two days later they drop a nuclear bomb on the United States. There are several basic problems here. Firstly, if the Nazis captured advanced technology, wouldn't they spend more time taking the plane apart and interrogating the captured pilot? How on earth did they manage to train a pilot to fly the stealth in such a short length of time? And how did the stealth fighter manage to reach the U.S. from Germany when in-flight refuelling was unknown then?