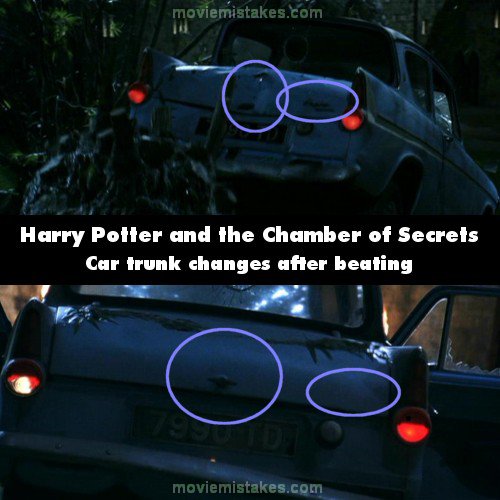 Continuity mistake: In the Whomping Willow, the trunk of the car recieves a noticeable gash just above the lock on the trunk as well as a huge dent in the trunk. However just before the trunk pops open to eject Harry and Ron's belongings, it is blatantly apparent that it is not the same car trunk. The gash and dent are both gone, the Ford Anglia nameplate on the right side is gone, the lock is different, the area under the bent fender is different, etc. After the spider escape, though the nameplate is back, the dent and gash are still gone. (00:27:25)