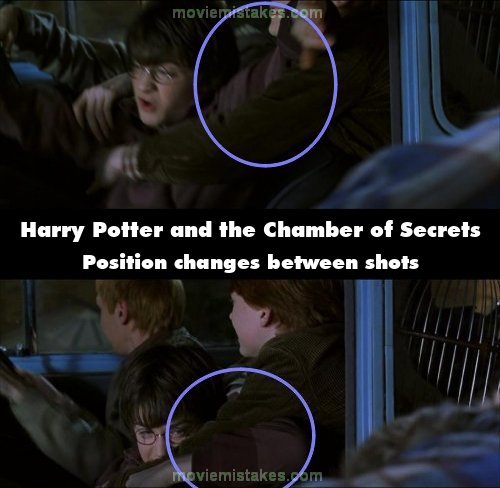 Continuity mistake: When Harry escapes into the Ford Anglia, in the interior shot Ron grabs firm hold of Harry under his left arm, while Vernon pulls on Harry's foot. In the overhead exterior shot Ron's arm holds Harry above his arm, yet in the next close-up of Harry, Ron's arm is under Harry's. Then just after Ron yells, "Drive!" Ron's arm is over Harry's arm once again. (00:09:45)