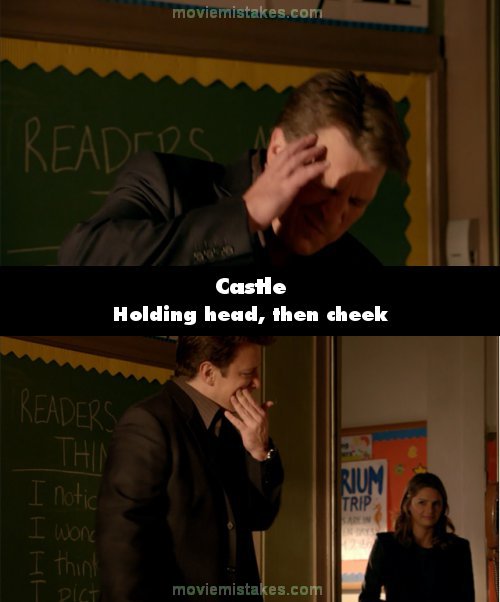 Continuity mistake: When Castle is allowed to talk to Mrs. Ruiz's second graders, as he enters the classroom, he is hit in the temple with an object thrown at him and holds his hand to his head in pain. After he turns to say something to Beckett, as he turns back, not only has the hand on his head switched, it's also much lower, down on his chin. (00:07:55)

All the pictures for Castle