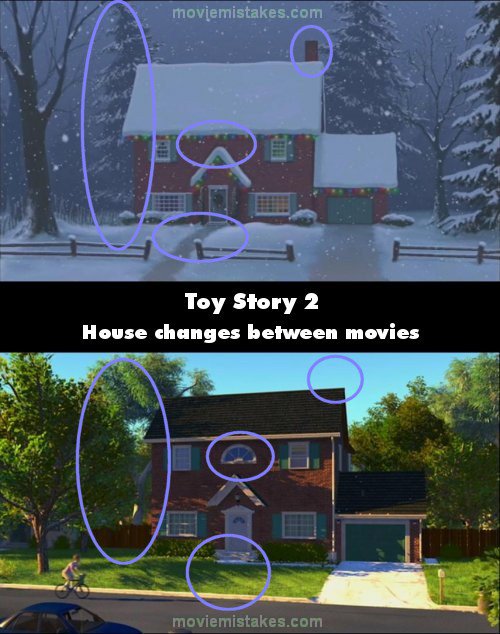 Continuity mistake: With upgrades in animation the house Andy's family moved to at the end of the first film has undergone some slight changes. The house is still the same general shape, red in color and with the doors and windows in the same place. But the Toy Story 2 version gained an arch above the front door. Also, in the first movie the house was in front of some large pine trees, there was a straight path from the door to the street, and there was a wooden fence in the front yard. In Toy Story 2 the fence is gone, the path from the front door bends toward the driveway, and the pine trees behind the house are replaced by generic types of trees. The house also is much more detailed (as is most of the animation compared to the first movie), allowing the shading of the brick pattern to come in. (00:10:25)