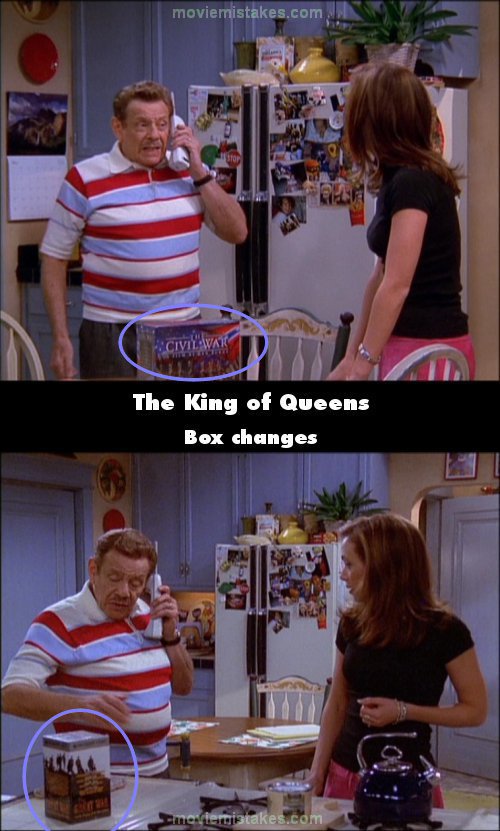 Continuity mistake: In the scene where Arthur is on the phone with PBS to complain about getting a "Civil War Series" box set, the actual set of tapes changes drastically. When it's on the table and when Carrie brings it over to the counter its a pretty large, has an American flag motif, and says "Civil War" across the top. When it cuts back to it sitting on the counter its a much smaller box with a plain design and says "The Great War" along the bottom. It's obviously a different set, not just the camera angle. (00:14:40)

All the pictures for The King of Queens