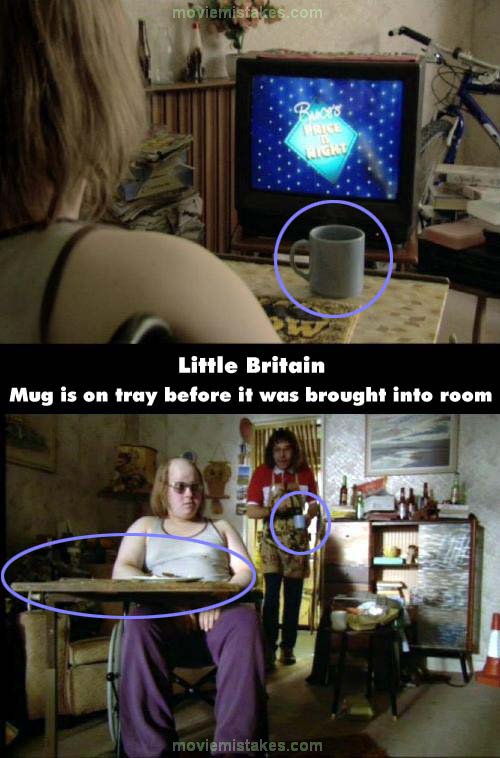 Continuity mistake: In the first Andy and Lou sketch, when Andy sees the intro to 'The Price Is Right', there is a cup in front of him. However in the next shot Lou brings one over and it is the same one in the same position as in the first shot. Obviously the second shot was filmed first.

All the pictures for Little Britain