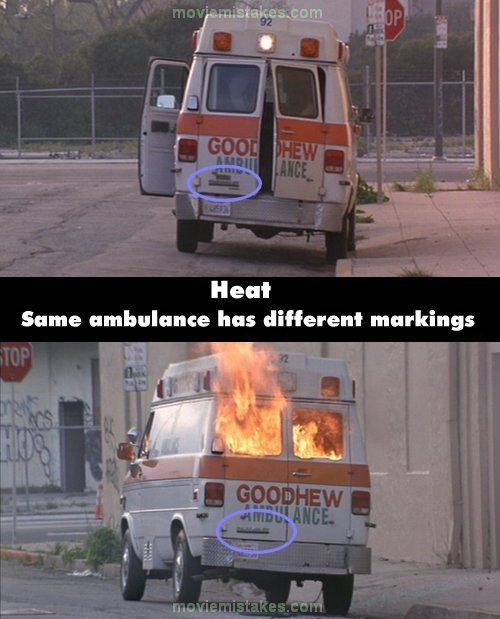 Continuity mistake: When they torch the ambulance, you can see a dealership emblem that says "LEADER" right above the Chevrolet emblem on the back door of the ambulance. It is visible right after Chris puts the bomb in. In all other shots with the ambulance, this emblem isn't there. Obviously the "LEADER" ambulance is a "fake" that they used just to burn and destroy.

All the pictures for Heat