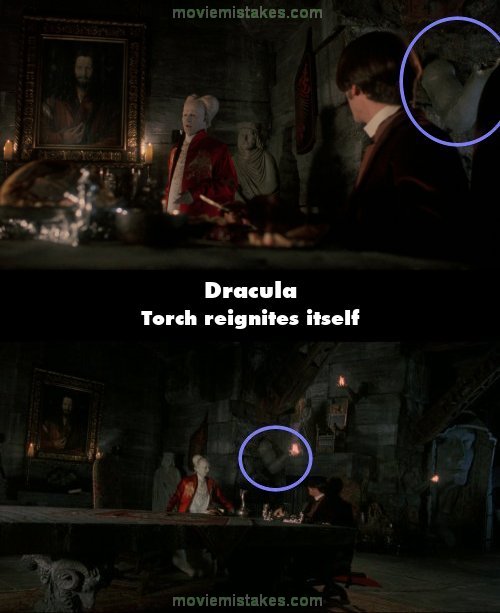 Continuity mistake: As Dracula pours Jonathan wine in the castle, the arm-shaped, wall mounted torch on Jonathan's right is lit. A few shots later, as Dracula remarks, "That relationship was not entirely successful", the torch is unlit, but in the following wide shot where he draws the sword, the torch is burning again. In the shot where an angry Dracula says, "We Draculs have a right to be proud!", the torch is once again unlit. (00:14:15)

All the pictures for Dracula