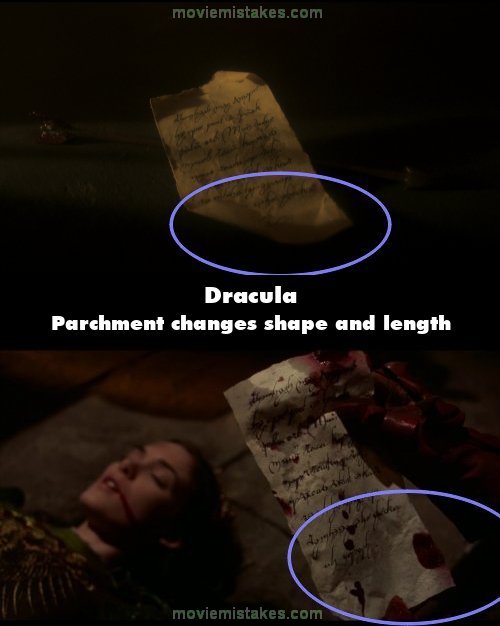 Continuity mistake: When Elisabeta commits suicide by jumping into the river, her suicide letter is lying on the floor (it is definitely the suicide letter and not the false message from the Turks, because the words and handwriting are 100% identical to the suicide letter that Vlad finds - the actual message from the Turks can be seen in a brief flashback during the scene with Mina and Dracula at the restaurant later in the film). However, when Vlad picks up and reads the letter, it is a different piece of paper: The frayed edges at the top have disappeared and the parchment itself is longer, with more distance between the bottom lines of the message and the bottom of the paper. (00:02:50)

All the pictures for Dracula