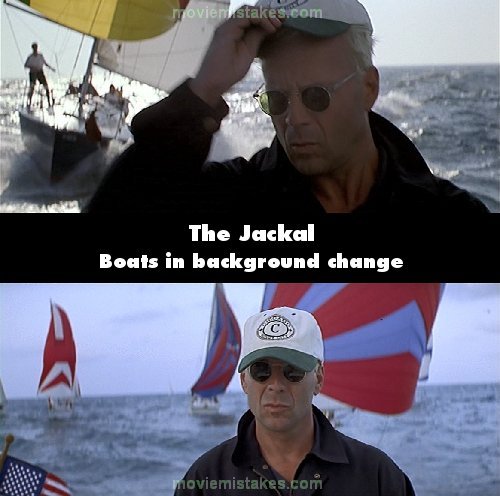 Continuity mistake: When the Jackal is sailing over the Great Lake, he sees the coast guard and puts his hat on. In the shot where he is putting it on, there is only one boat behind him with a yellow sail. It cuts to the coast guard then back to the Jackal, and now there are 6 boats behind him, none with a yellow sail, and the sun is no longer visibly behind him reflecting off the water. The director stated that this happened because the shot where he puts the hat on was a reshoot. The shot with the 6 boats behind him was filmed in Lake Michigan, whereas the other shot was done in the Atlantic Ocean. (01:07:30)