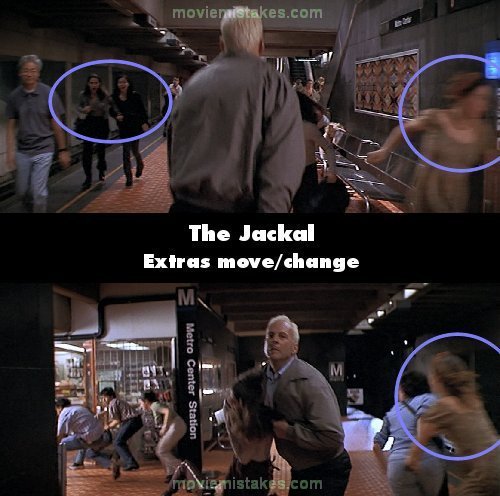 Continuity mistake: After the Jackal shoots the cop in the subway, he grabs a girl to take hostage. Just before he grabs her, you see an old Asian man and two women walking up on his left. As the shot cuts to a front view of him as he grabs the girl, the man disappears and the two girls that were walking up are now different people with different clothes on as they run past his left side. But then after he walks a few feet, suddenly the old man and the same two girls appear again, but passing him several seconds later than they would have. (01:50:20)