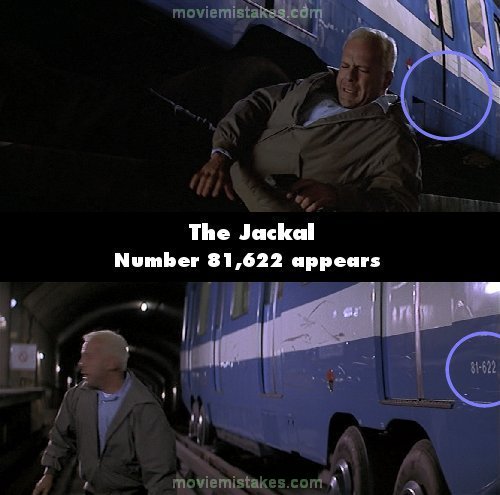 Continuity mistake: The Jackal leaps in front of the metro train to get on the other side as it passes as he is attempting to escape Declan. As he lands, the train skids to a stop and you can see a red reflector or light close to Jackal's head, with one of the doors of the train by it. After it cuts to Declan trying to get through the train, then back to The Jackal getting up, the number 81,622 suddenly appears next to the train door which was not there in the previous shot. (01:47:45)