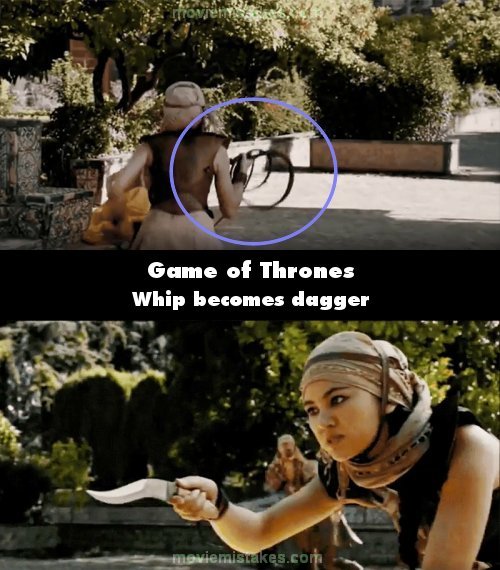 Continuity mistake: When the Sand Snakes attempt to kidnap Myrcella, as Nymeria Sand runs up to Myrcella to seize her, she is holding her large whip in her right hand. However, in the very next shot, the whip has disappeared, and Nymeria is now holding a dagger in her hand instead.

All the pictures for Game of Thrones