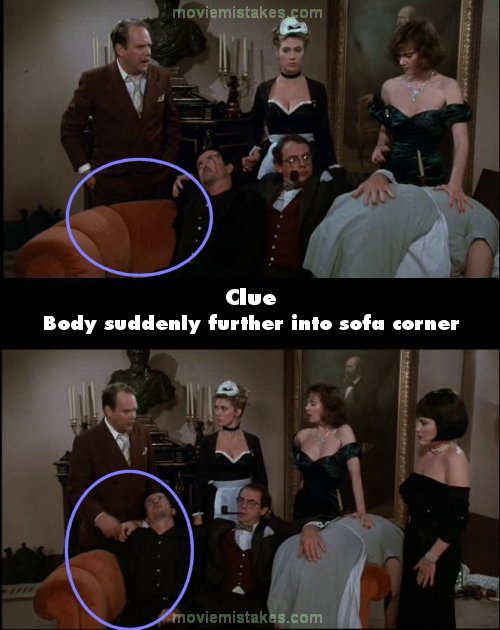 Continuity mistake: When Professor Plum is sitting on the couch between the corpses of the Mr. Boddy and the Cook, Mr. Boddy is lying in Professor Plum's arm, in the next shot when Colonel Mustard, goes to close his eyes, he is now lying next to the arm of the sofa.

All the pictures for Clue