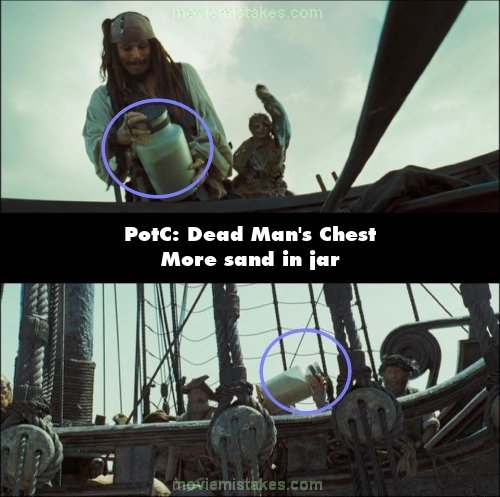 Continuity mistake: This occurs during and after the scene where Jack empties the sand out of the jar and puts the heart inside. After replacing most of the sand, in the later shots the amount of sand in the jar keeps changing. Later in the scene on the Black Pearl, the amount of sand changes from shot-to-shot up until the jar is dropped and breaks. (01:51:40)