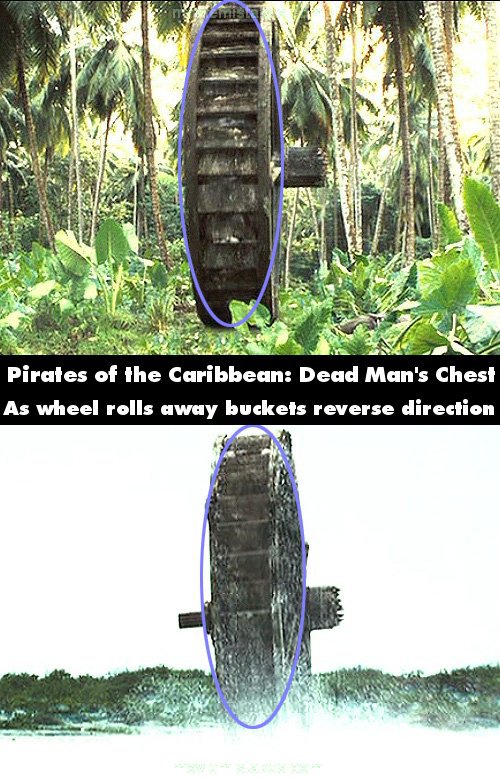 Continuity mistake: When the water wheel begins to roll, with Norrington and Will atop and then snatches up Jack, its blades (buckets on the outside rim) and two sides of the axle face a specific direction as it gains speed. Now compare the following two shots, as the water wheel rolls away from the camera: When the wheel rolls, just as Jack falls out, after hitting his head on the bar. Then later on the beach, as Elizabeth watches, just as the wheel rolls and falls over in the close-up, the wheel is actually rolling in the opposite direction - just note its blades. Also note the bizarre change of its axle's wide and narrow sides. (01:52:40 - 01:56:50)