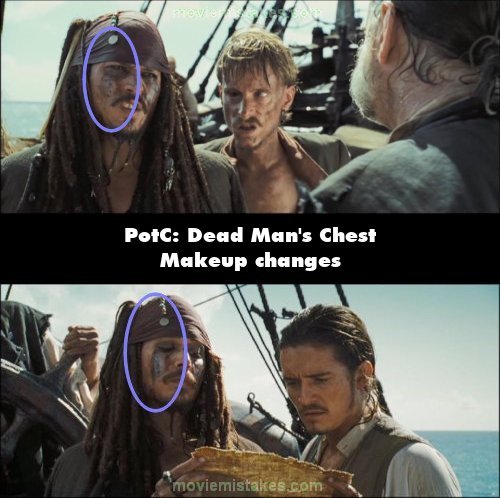 Continuity mistake: After Jack has escaped from the island where he was going to be burned, the makeup on his face (the eyes) changes between scenes. The makeup has faded quite considerably when he first boards the Black Pearl then in a later scene the makeup is neater and clearer. (00:42:30)